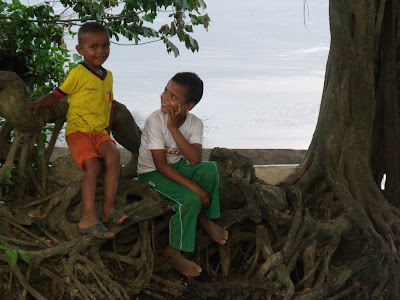 I was sitting there minding my own breakfast when the family pet leaned up against my leg and then stretched out on the floor exhorting me to rub his belly.  He expressed himself with something between an oink and a soft grunt.  I don’t remember ever having rubbed a pig’s belly before, and I deeply regret not having a photo to share.  Sorry.

We had arrived in Buenos Aires the afternoon before, the little town next to the big finca called Las Pavas that has been the center of a land dispute since 2009.  I was once again at the home of Misael and Edith.  I wanted details on the news that six more families had decided to build houses on their parcelas outside of town.  This a tangible, hopeful shift based partly on the fact that 14 members of the paramilitary group that the palm oil company has been paying to threaten people, burn houses and destroy crops were arrested and jailed about a year ago.  Misael interrupted my question to tell me that the man who had previously held the position that we in the US might describe as “mayor of the county” had been arrested just the day before on charges of corruption.  He also told us that a person who had been very helpful in the regional resettlement of displaced persons had just been appointed to a leadership position at the national level.  It had been several years since I had heard good news related to Las Pavas.

Later that day we visited the fish project just outside of town that I had seen getting started last year and a new egg production project run by a group of women in the cooperative.  Four hundred eggs a day is a big deal out in the campo.  And after the celebration in Guayabo two weeks ago I was feeling more upbeat than I ever had here. 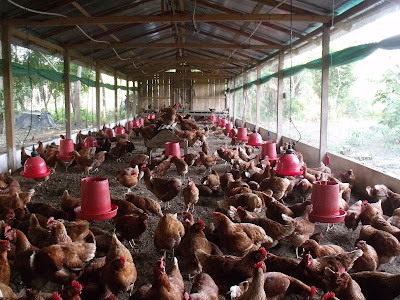 The next day we headed out to visit the area where the small farms are located and where the six new homes were being built.  Just two days earlier, someone had burnt the all lumber that had just been delivered and stacked up on one of those sites.

We stayed that night with Naudis and José who are staying in the community encampment built right next to the palm oil company house where the guards live.  It was the peaceful re-entry and construction of this encampment by the people who had been evicted several years earlier that won them Colombia’s national peace prize in 2013.  Families have been rotating living there ever since.   When Naudis agreed to move from her house to the encampment  a few months ago, she wanted to shift the message from the simple, “We are here,” to a more intentional statement of who they are, and who they want to be.

Most of you reading this would have a hard time functioning in this kind of space with no running water or electricity, and it might be difficult for you to grasp the Naudis and her husband rigged up a gravity fed shower, a luxury here. No more bucket baths.  She was able to get support for two shelves full of books for a children’s library, the first children’s books I have ever seen in the campo.  They have plans for a kid’s soccer field, and a space where the farm kids can come to work together on their homework.  Her energy was so beautiful. 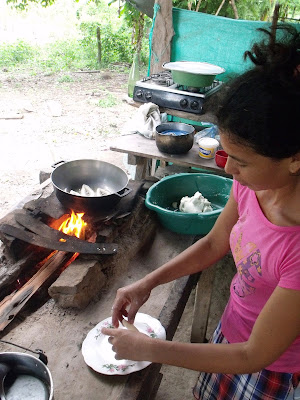 Naudis, like so many of the women who host us, is a great cook.  In Colombia, the most breakfast come with “arepas”,  thick, fried tortillas made from corn flour.  There are lots of region variations.  In the photo she is making “roscónes” for us, which are a deep-fried pretzel-shaped version.  Roscónes and her homemade cheese made up supper that eveniing.

José guided us around the farms the following day, a four-hour walk in ninety-degree heat following muddy paths made by tractors, cows, horses, and boots.  There was also a shortcut through the woods where there were no paths at all just so we could watch men cutting perfectly proportioned boards, freehand with giant chainsaws.  They followed straight lines snapped with string soaked in old motor oil instead of chalk like I would have used.  It was a brilliant technique, as the oil was dark and straight as if a giant ball point pen had drawn the line, and the chainsaw couldn’t blow it away like it could my chalk. 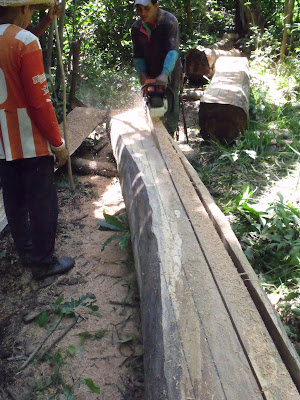 After we returned to the encampment Jose turned to me and asked, out of the blue, if I had voted for Trump.  I smiled and said no I had not.  He grinned and made a comment about Trump’s presidency looking a lot like a weekly comedy show.  Once again in Colombia I was confronted by a person who has no access to the internet or TV or radio in his home.  He gets news when he is in town every few days, yet he probably knew more about Trump’s son’s meeting with Russians in June last year than a large percentage of folks living in America.  These people continue wreak havoc on my old white-guy stereotypes of “the other”. 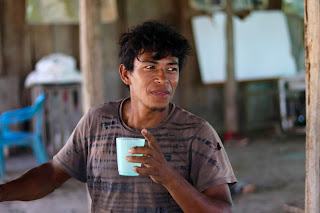 I came away from Buenos Aires feeling more optimistic than I have ever felt about this particular community.  But just as in my last blog focused on Guayabo, it is not over, and it is not simple.   I hope the federal courts will finally get on with ruling in the three (I think) cases that are still pending regarding titles for the Las Pavas farmss.  Naudis, Jose, and their children deserve it. 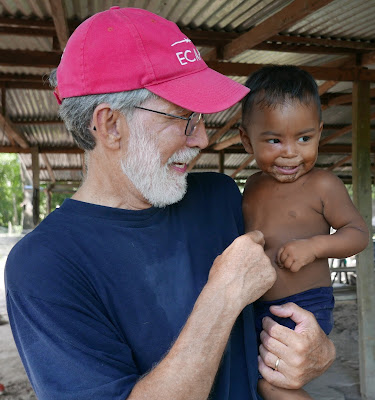 Thank you, Phil. A beautiful account and so much Latin American reality.

Phil, thanks for sharing this. I am sure there is a song in there somewhere. Be safe.

Phil, an astounding narrative. I can't help but think, however, why wouldn't some crazed agent of some corrupt principal simply shoot you? What assurances do you have that this wouldn't happen? This place seems completely lawless. Yes?

Phil, you have more balls than I to go to the third world and risk your life.

Really unbelievable. You have a perspective on life and human nature that I will never have. I don't know how to digest this life you describe. So foreign. 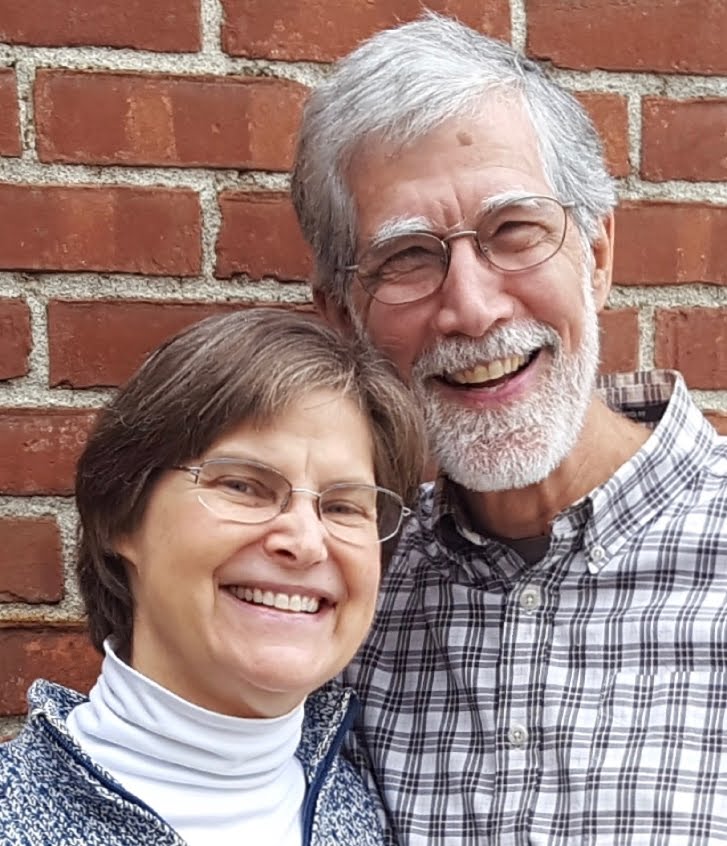